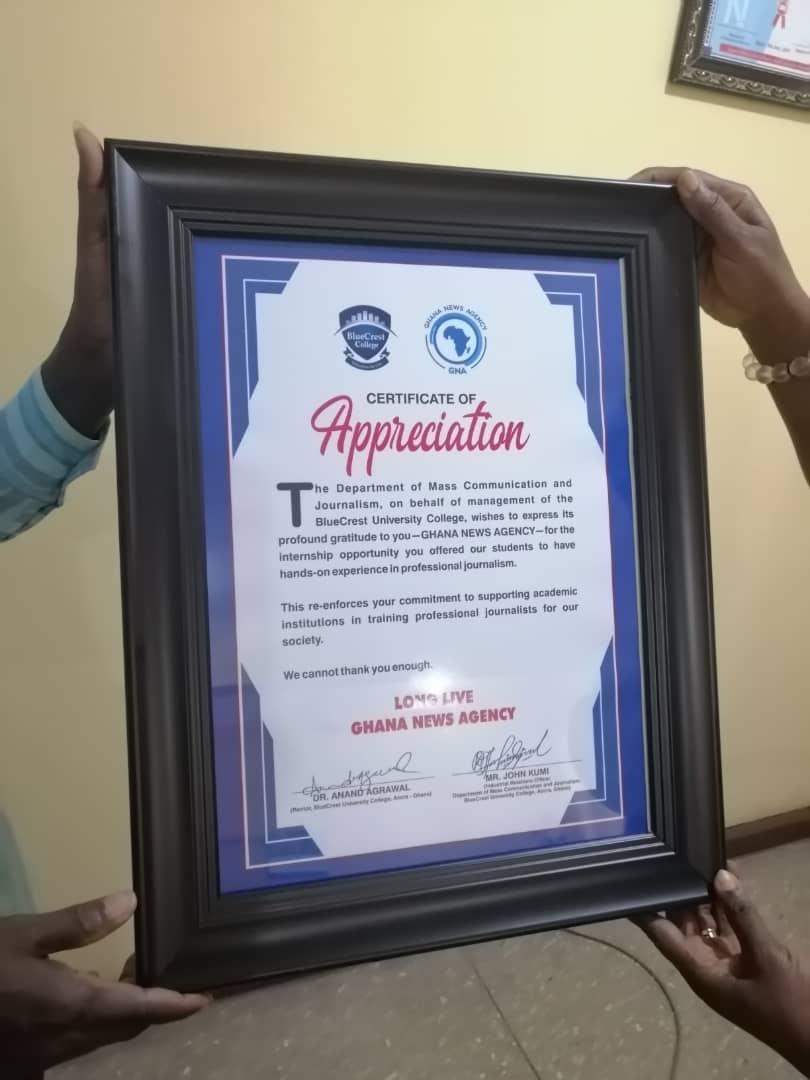 The Director of Editorials of the Ghana News Agency (GNA), Madam Beatrice Asamani Savage has described as unprecedented a citation the Agency received from the BlueCrest College (BCC)

Early this year, the Department of Mass Communication and Journalism of the College arranged with the GNA for three final-year students of the Department to have their internship with the Agency.

The students, namely Esther Yayra Elewokor, Ruth Asamoah and Godslove Ami Kemenyo returned to the school following the successful 6-week internship and the BCC has decided to show gratitude to the news agency with a citation of appreciation.

Madam Savage received the citation on behalf of the Agency and in her acceptance speech, she appreciated the step taken by BCC to recognize the institution’s effort in contributing to the training of their students.

According to her, academic institutions wrote officially to thank the GNA anytime their students came to do internship with the Agency but BCC is the first to go to the extent of giving them a citation in that regard. She described the step a memorable one and said they could not appreciate BCC more.

According to her, the step BCC has taken is a virtue with a Biblical source and they would forever remember the school.

On the part of the students, she said she received positive feedbacks on them and entreated both the Agency and the school to continue the newly-established relationship.

The News Editor, Mr Anthony Bells Kafui Kanyi also commended the school for the initiative after praising the said students for the commitment and passion they showed during their internship spell with the agency.

A couple of months ago, BlueCrest College also presented a similar citation as a gesture to the New Times Corporation for the Corporation’s acceptance and training some of the students who were also there for internships.