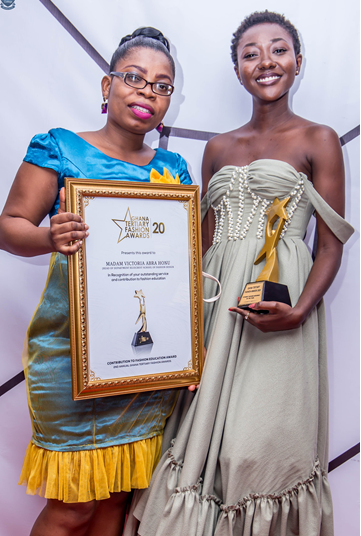 Below is a list of three major categories for the awards.

Two personalities from the school of fashion Design took awards for two categories. The Head of Department, madam Victoria Abra Honu S.A (Mrs.) took an honorary award for the contribution to Fashion Education while a student, Nicole Sonia Addo was awarded as the student Fashion Designer of the Year. Below are some pictorial excerpts from the awards night at the Golden Key Hotel, East Legon. We say a big congratulations to them.