A Man Without A Culture,Is Like A Zebra Without Stripes 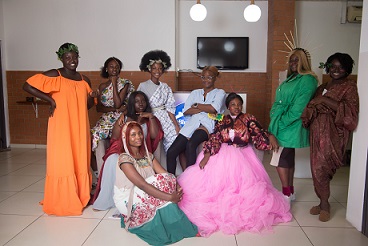 One thing that sets humans apart from other members of the animal kingdom is our propensity to develop customs and traditions around everything from beauty rituals to habits.

In fact, humans love doing this so much that the world has been enriched with thousands of different cultures since the dawn of civilization. No doubt, one important aspect of just about any given culture is its code of etiquette.

Living abroad does not only require learning a new language, but also adapting to a foreign culture. Each culture have its customs and traditions which can be very different- even shocking- from your own culture.

The course, history of western costumes , taught by Madam Gladys, unveiled various people from around the world, especially how they dress and how their way of life is now affecting us.

With a little bit of research you will find out that there are many more cultural habits to get used to than just adapting to using chopsticks in China, or burping to express satisfaction after a meal in Arabic countries!

Explore and learn more about your culture and that of others around you.