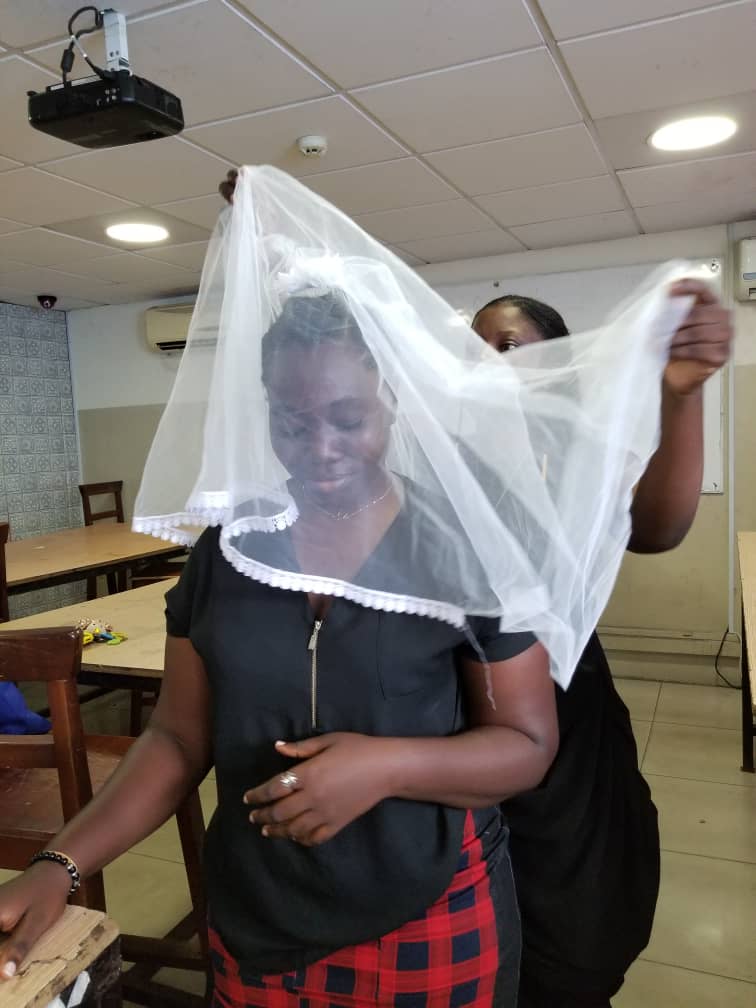 A veil is a piece of opaque or transparent material worn over the face for concealment, for protection from the elements, or to enhance the appearance,a piece of material worn so as to fall over the head and shoulders on each side of the face,Often the veil is worn solely as a fashion accessory as part of the bridal attire, instead of for its symbolism. A bridal veil is not normally worn during a civil marriage ceremony, nor when the bride is remarrying. .

The veil came to symbolize modesty and obedience. In many religions it is seen as a symbol of reverence for women to cover their heads. When white wedding dresses were worn to symbolize chastity, the white veil followed suit…. A blusher is a very short veil that covers just the bride’s face as she enters the ceremony. The veil is one of the oldest parts of a bridal ensemble, dating as far back as Greek and Roman times, to hide a bride “from evil spirits who might want to thwart her happiness” or to frighten the spirits away.

The bridal veil became a status symbol during the Victorian Era and the weight, length, and quality of the veil indicated the bride’s social status. Bridal veils worn over the face were not common until the second half of the 19th century.