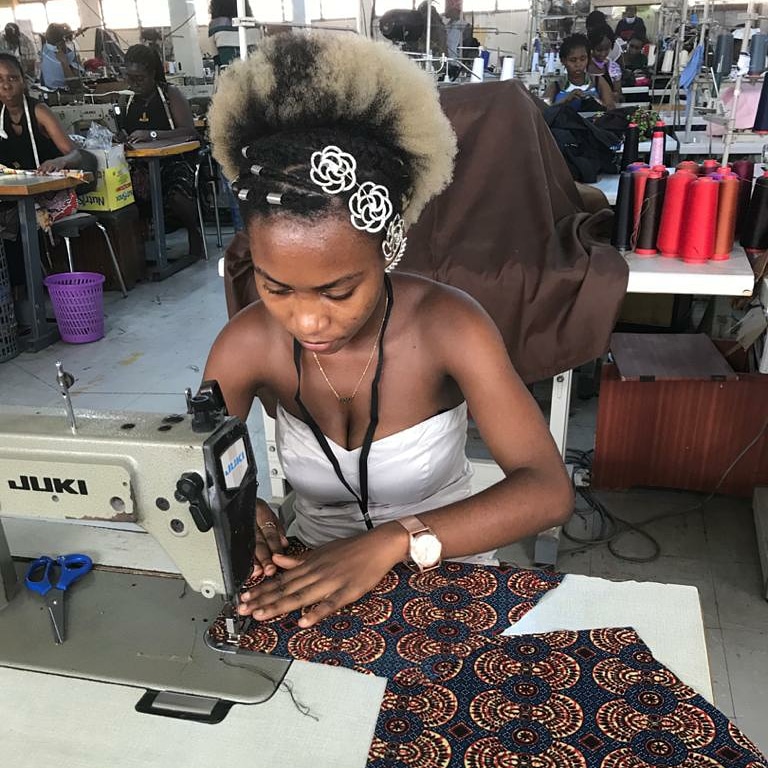 The firs week, 22 nd February,2021, upon arrival my colleague I were welcome but was made to wait for the administrator, Mr. Ofori-Addo Richmond who was not around by then. We met the production supervisor madam Joyce Addiah who took us to the production floor where production was going on.

We met master Richmond the following day. He spoke to us, gave us comprehensive information about
the organization and also introduced us to some of the staff within the production department who
could assist us in achieving our goal.
As at that moment, the company was running a production of nose mask for the Ministry of Health.

He made us understand that, that was the current production ongoing and also needed to be given all the
attention due to the deadline.
We were then taken to the packing section of the production floor from the label distribution point where the labels were cut and distributed to the machinist to operate on.

I am looking forward to another opportunity to take another internship in this same organization to enhance my kills and also build more capacity through the knowledge exhibited in the company.
It was an environment filled with people who are passionate in their work and fashion in general, approachable and ready to transfer knowledge and social.